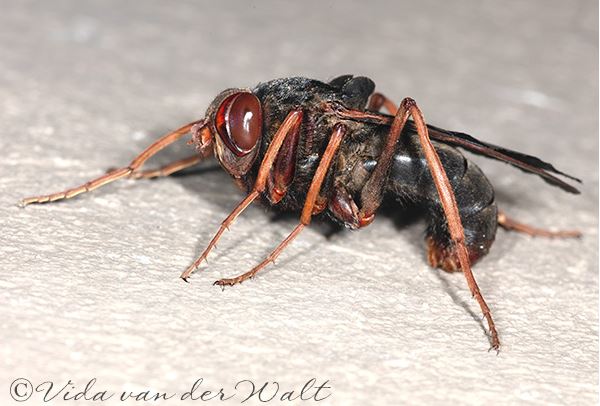 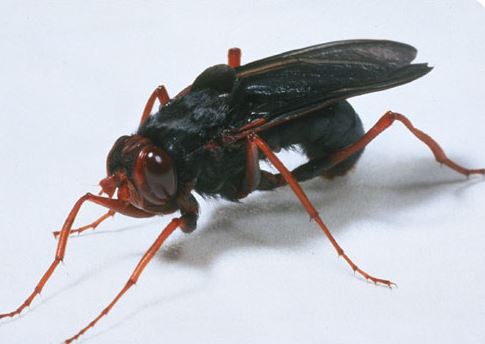 Like other large vertebrates, rhinoceroses can be infected by a wide variety of pests (link Pierre kerner) of any kind. The most surprising case is that of flies from the Oestridae family whose larvae develop in the stomach of these herbivores. In 1965, the German entomologist Fritz Zumpt (1908-1985) described three species belonging to the genus Gyrostigma (Gasterophilinae): G. Rhinocerontis, G. Conjungens and G. Sumatrensis.

Observed for the first time in the mid-19th century, the larvae of Gyrostigma Rhinocerontis were initially found in the scats of rhinos and the stomachs of slaughtered individuals. The other two species are extremely rare or even extinct. The last observation of G. Conjungens dates back to 1961, and only a larva of G. Sumatrensis is known from a Sumatran rhinoceros who lived at the Hamburg Zoo in Germany in 1861.

The eggs, oblong and white in colour, are laid directly on the head of the rhinoceros, near the nostrils and the horn. Larvae hatch after 6 days, measuring approximately 2.5 mm, they begin a migration using mouth hooks and spicules covering their bodies to reach the gastric mucosa and feed on blood and tissues. They develop through three stages (successive moults) (read this article). 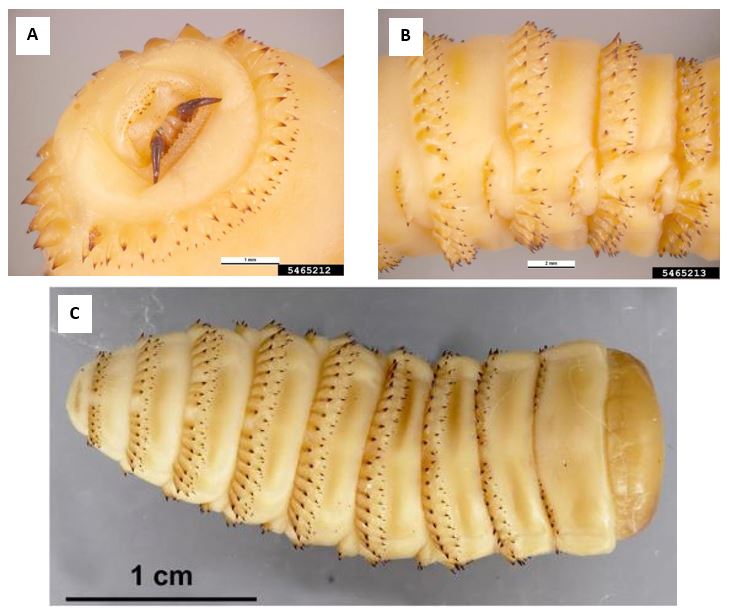 In the stomach of a rhinoceros, a large amount of larvae from all stages can develop simultaneously. They are especially located in the Œsophagiale region, at the interface of the stratified squamous epithelium and the secretory epithelium (see picture below). 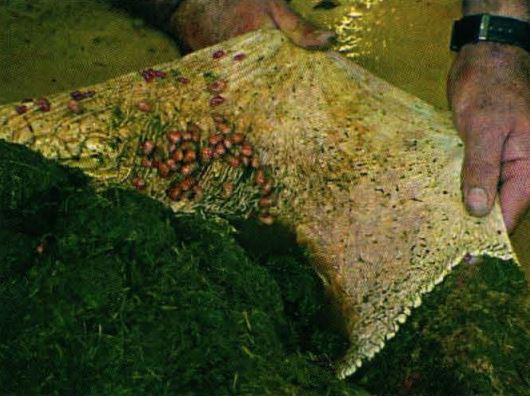 When the larva is ready to be nymphed (complete metamorphosis in a pupa: Holométabolie) (read this article), it comes out of the stomach following the passage of the digestive tract and leaves the host by the anus during defecation. She continues her journey away from the dung to bury herself in the nearby ground where she stays 6 weeks before the Imagos (adults) emerge from the pupae.

The adults (or imagos) of Gyrostigma Rhinocerontis, measuring between 3.5 and 4.1 cm, and with a wingspan of nearly 7 cm, are the largest flies in Africa (photo opposite). Between sexes, dimorphism is low: males and females are morphologically similar. The color of the head is variable, ranging from red-orange to brown-black, the thorax from Brown to black with clear strips of varying width, the abdomen is similar to the thorax with reddish strips at the end, the wings of color brown to black Fold on the abdomen to fully cover it, and the legs are reddish, thin and long.  The oral parts of adults are rudimentary, the latter not feeding.

The spawning takes place during the day, while the couplings take place at dusk. Adults live only a few days (3 to 5 days), dying quickly after copulation.

Discovery of Gyrostigma Rhinocerontis at the Sao Paulo Zoo – Brazil

In 2005, in the Itabia Zoo (state of Sao Paulo), larvae of G. Rhinocerontis were discovered in feces of a group of white Rhinoceros (Ceratotherium simum) legally imported from South Africa. Other cases have been carried over to zoos in the northern hemisphere, without the complete development cycle of the fly being demonstrated.

To control and eradicate the pest, the animals received an anti-parasitic medication based on fenbendazole and Trichlorfon generally indicated for horses. The product was given orally in a food mixture for 3 days, then 15 days later. Feces were collected daily to be destroyed. After daily fecal control, no sign of the parasite was observed for the next two years.

Rhinos have not developed any signs of disease or any other symptom, and have continued to live quietly.

Books on the topic