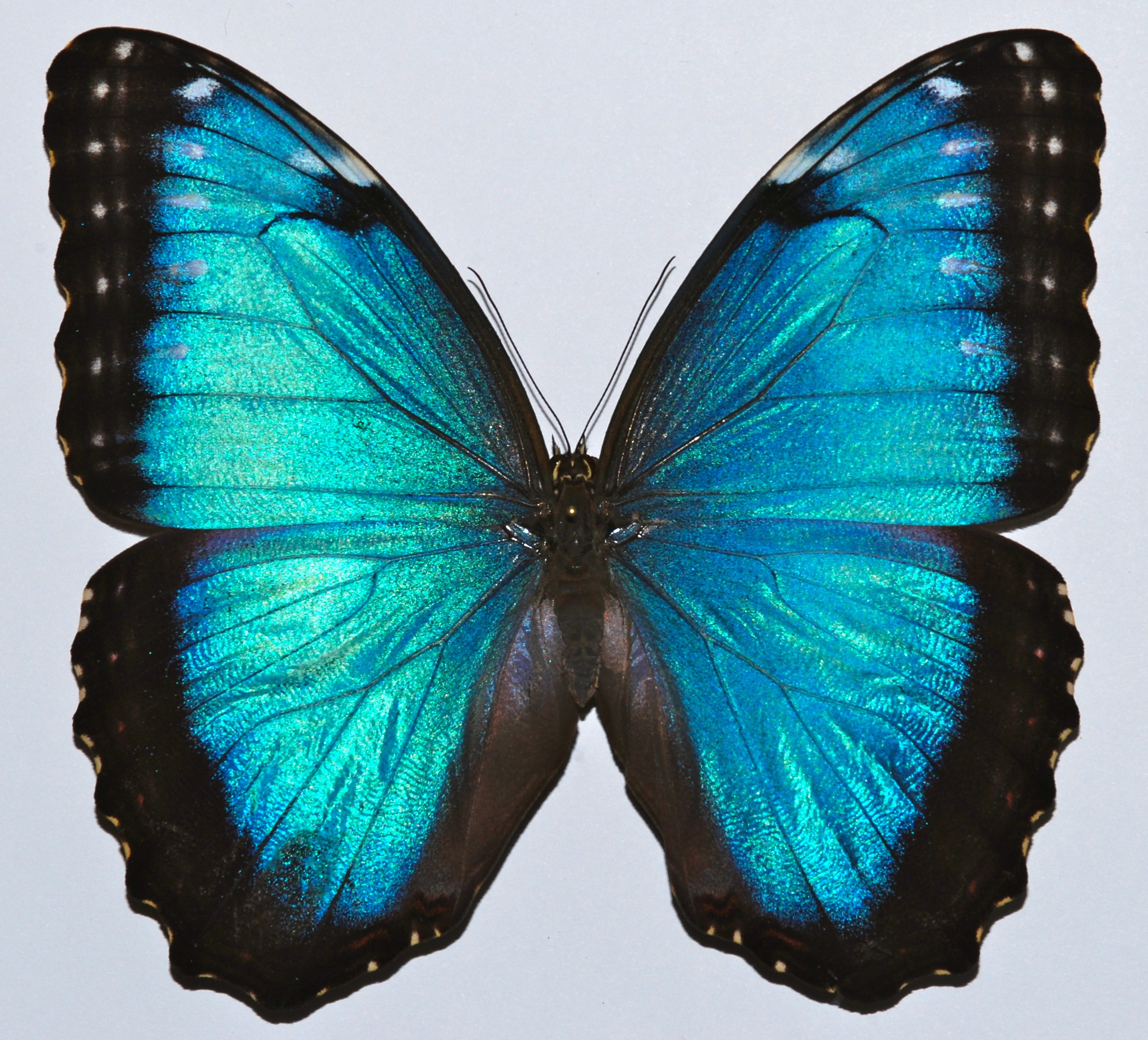 Color is not an intrinsic characteristic (own to) of living objects and organisms. It depends on the type of receivers and the information processing process of the viewer. Indeed, a poppy, which we see red, will be perceived differently by a bee which does not perceive the wavelengths corresponding to red but to ultraviolet (300-400nm).

Color is generated from the white color, consisting of the entire visible spectrum (here, as far as humans are concerned), where certain wavelengths are eliminated by pigments (optical absorption) and others reflected, which depending on their nature, return a specific color. Thus, an object that emits the whole spectrum (no absorption) will appear white, conversely, if all wavelengths are absorbed, the object will appear black.

The process at the origin of color production can be of two types: chemical (pigmentary) or structural .

In insects, the colors come from pigments or structures present on the cuticle, the epidermis if this one is transparent.

The best known and most studied structural staining in insects is that of butterflies of the genus Morpho (family Nymphalidae). These are butterflies from South and Central America whose wing colouring, with metallic reflections, ranges, depending on the species, from a pale blue to a deep blue, sometimes visible at great distances ( see photo 1 above).

The wings of the butterflies are covered with very small scales arranged in the manner of slates (200 to 600 per mm2). Their structural configuration allows only certain specific wavelengths to be reflected: interference process. The surface of each scale consists of ridges, formed by successive layers, separated by a distance corresponding to a quarter of a given wavelength (here that of blue: 120nm). This principle allows the superposition of these wavelengths, thus reinforcing their reflection, the others, opposing, are cancelled and therefore disappear ( see illustration 1).

The number of layers making up each ridge determines the brightness of the reflected light. For example, the species Morpho rhetenor, with scales consisting of ridges of 8 to 12 layers, emits a much brighter color than the species Morpho didius, having 6 to 8 layers reflecting respectively 80% and 40% of the wavelengths corresponding to blue.

In these butterflies, this configuration is particularly precise and regular (called pure), limiting the phenomenon of irisation : change of color of a surface when moving the viewing angle. Changing the viewing angle is equivalent to increasing the path distance of the wavelength between the interfaces (peaks) and therefore of the reflected wavelength ( see figure 2).

The distances between ridges and layers determine the wavelengths that will be reflected. Species of the genus Eurema (family Pieridae), for example, emit wavelengths of about 365nm, colours not visible to humans because they are part of the ultraviolet spectrum.

Iridescence also occurs in other insect groups such as Odonates (dragonflies) and Beetles.

The amazing physical and optical properties of Morpho wings are the subject of numerous scientific studies to artificially reproduce these amazing characteristics. Multiple applications are possible in many fields. The complexity and difficulty, however, lies in the scale at which these processes take place. It is indeed a question of manufacturing surfaces whose structures are of the order of the nanometre (one billionth of a metre!).