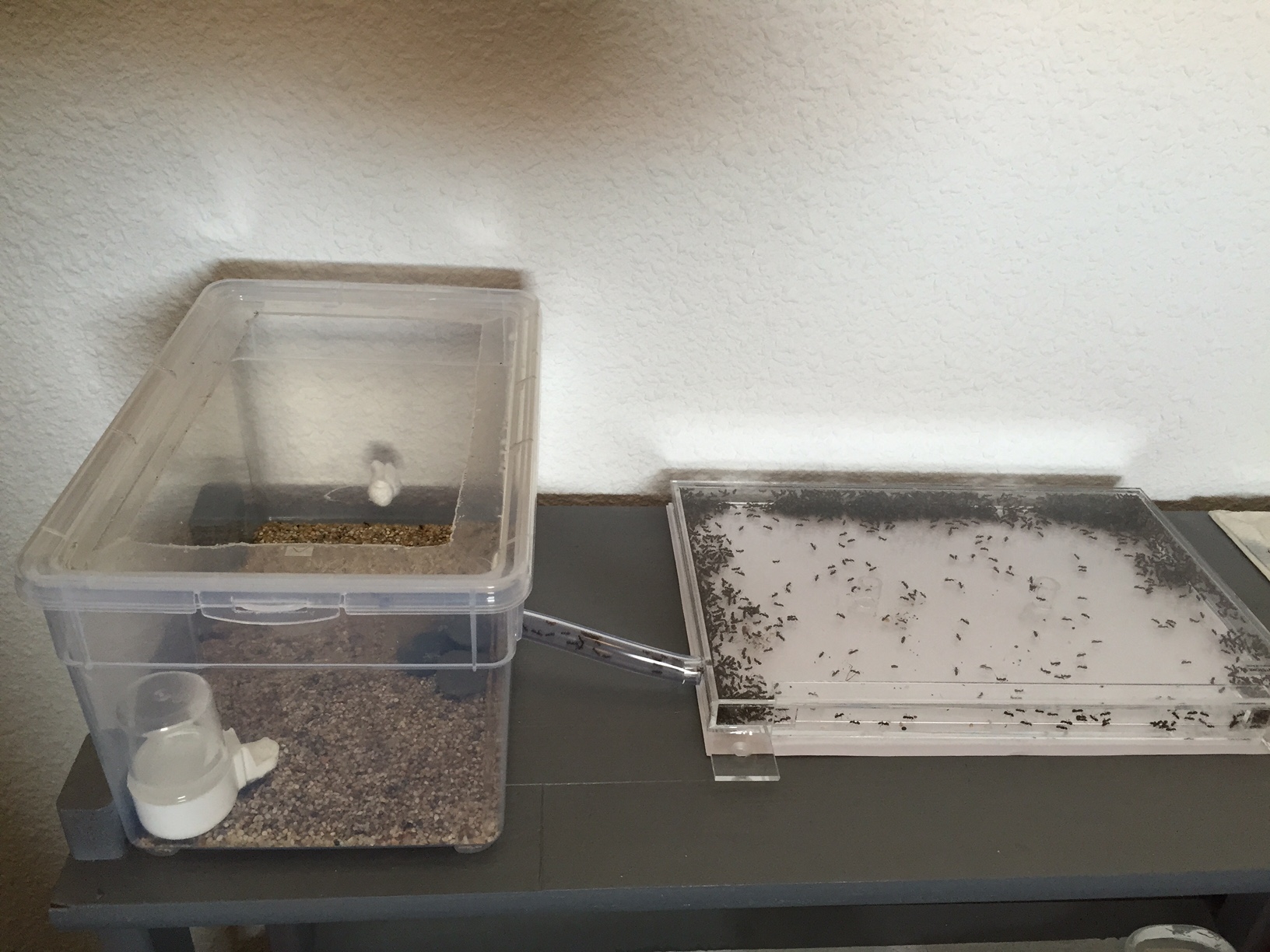 As you can read in my various articles, I have been breeding several species of insects for many years, including colonies of ants.

Through this article, I want you to discover them.

What is interesting in ants, like all social insects, is the diversity of behaviours that can be observed, their complex organization and their ability to adapt easily to captive environments. Each species has its own behavioural, biological and dietary characteristics.

Before getting one, it is above all necessary to appropriate the basic knowledge. For that, I advise you to read my two articles on this subject : Construire une fourmilière & Se procurer des fourmis. Also, I invite you to visit this website and its forum where you will find all the answers to your questions and you will be able to exchange with a whole community of myrmecophiles, including myself! http://www.myrmecofourmis.com

In this beginning of year 2015, I acquired two young colonies, made up of a queen and some workers, one of the species Messor barbarus and the second Lasius niger. They are placed in a test tube which is connected to a hunting area (see photo 1, 2 and 3). 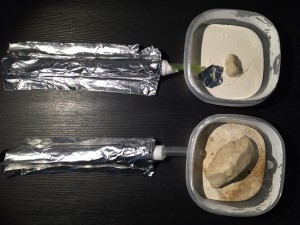 Last year, I found in nature a young colony of the species Formica fusca, a queen probably resulting from a swarm of the year 2013, which currently counts about thirty workers. They are also placed in a nest of the same type as the two previous species. Before incorporating a larger nest, in cellular concrete or other, the colony must count several dizens of workers, see hundreds according to the size of the species considered.

For 4 years, I have owned a colony of the genus Myrmica (undetermined species) that currently counts nearly 300 workers, maybe 400… well, it’s an estimate, difficult to count them! This species has been found in a cellular concrete nest for 2 years. The space becomes limited, I will have to build a new more spacious nest and transfer them soon (see photo 4).

Finally, my most populous and oldest colony is a colony of the species Formica fusca that I have had for 11 years now. And yes, in some species, the queen can live nearly 17 years!

This colony has more than 1000 workers, see more… and is located in a cellular concrete nest.

Thanks to the forum mentioned above, I discovered transparent acrylic nests. So this weekend I started to transfer the colony from the cellular concrete nest to the plastic one (bought on a site I recommend: Antstore).

It involves moving ants by connecting the occupied nest (here in cellular concrete) to the new nest (here in acrylic plastic) (see photos 5 and 6). There are two methods: a fast method and a softer one.

The first is to drop the entire colony into the hunting area that is connected to the new nest and then wait for them to enter it.

For my part, I prefer to adopt the second. The technique is to make the inhabited nest unliveable so that the ants move by themselves to a more hospitable place than the new nest. For this, I install a lamp above the nest to raise the temperature gradually and I place the new nest in the dark and cool. The waiting time can be longer or shorter.

The installation is thus composed on the left by the cellular concrete nest and on the right by the acrylic plastic nest (darkened by black paper sheets), located under the hunting area, the three modules being connected to each other by flexible plastic pipes ( see photo 7).

My Formica fusca took 48 hours to move the entire colony. When transferring, one behaviour is really interesting to observe: workers transport other congeners who get in a ball to be better moved towards the new nest (see video at the end of the page).

Today, the colony has taken up residence in their new transparent plastic nest which seems to suit them perfectly (see photo 8 and 9).

Remark : the humidification of the nest in cellular concrete this fact by capillarity, a space is dug to pour water (see photo 4). However, for the new plastic nest this system cannot be used. To humidify it, I opted for a test tube filled with water, blocked by cotton, and inserted in the second opening of the nest (see photo 10).

Since March, I have in my possession a young colony of Camponotus vagus. It is composed of a queen, 8 workers and a brood. This species is among the largest in Europe, the queen being able to measure nearly 18mm, and the largest workers (major) 16mm.

The range of its range extends to southern Europe with the northern limits of Morbihan, the Lower Rhine.

Lignicolous species, it appreciates nests with low humidity. So I placed the colony in a glass aquarium, whose floor is made of sand with some decorative elements from its privileged habitat: pine forests, pine cones and small stones (see photos).

Today, brood has developed well, it is composed of 8 pupae (metamorphosis cocoon) and several larvae at all stages. The colony will double in population in the next few days.

To learn more about its biology and breeding, I invite you to visit this page which offers all the necessary information Camponotus vagus.

– The incredible instinct of ants : From mushroom growing to civilization