Contribute to the financing of a scientific exploration mission in the

Here a year, April 2016, I discovered, traversed and explored a region at the same time isolated, rich in a unique biodiversity, still relatively preserved from anthropic pressures and little known Makay Massif. 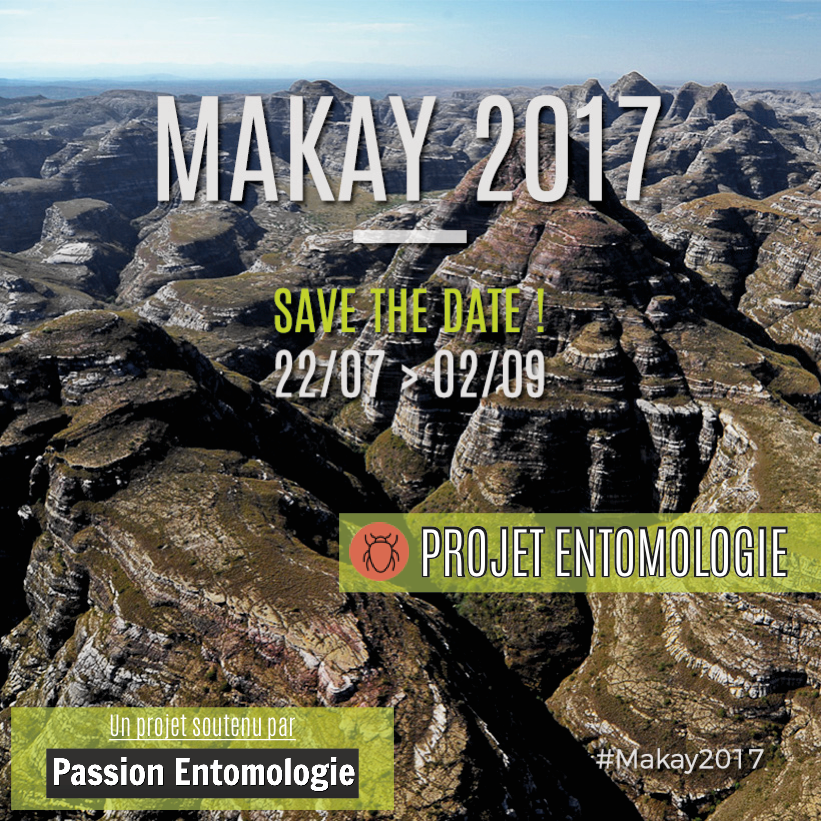 This trip to the end of the world, as an eco-volunteer and entomologist, with the teams of Naturevolution, allowed me to confirm the scientific interest to study this region more deeply to act in favour of its preservation. During his exploration, I carried out work to collect insects (entomofauna) in order to participate in the biodiversity inventory.

From July 22 to August 12, 2017, I participate in the large-scale scientific exploration mission led by Evrard Wendenbaum, founder of the association Naturevolution and a group of students from the Natural History Museum of Paris : La Société des Jeunes Explorateurs.

You can also find my testimonial on Naturevolution.

The objective of this mission is twofold: 1) carry out a biodiversity inventory ; 2) collect biological and geological data that will provide the knowledge and scientific evidence of the exceptional and unique character of this region, from the Malagasy authorities so that preservation and conservation measures /strong> are undertaken. Thanks to previous missions led by Naturevolution, such as the one in 2011 ( video excerpt below), the Makay Massif is now a protected area.

The mission, pluridisciplinary, is composed of many specialists : botany, ichthyology, mammalogy, ornithology, geology… and entomology, for which I am responsible (lire this link)

Entomological activities will consist of:

For more information on insect collection methodologies and their packaging: read these articles.

You have an interest in environmental and biodiversity preservation issues, you are wondering how to contribute to your scale : this mission is an opportunity to participate in one of the greatest challenges and issues of the 21st century <

! For this, you can make a donation in several ways:

They are distributed as follows:

I have always been passionate about the living world and especially entomology, and since my adolescence I have wanted to study insects and explore the richest ecosystems on the planet. My Master Research in entomology obtained in 2008 at the University of Tours (Research Institute on Insect Biology – IRBI), I have carried out several scientific missions in France and internationally : CIRAD-La Réunion, MNHN-Paris, Station des Nourgaues-Guyane française, STRI-Panama (for more information, find my CV).

Currently I am in charge of Research and Development in entomology within a Start-up whose objective is to valorize by the insect the organic waste of vegetable origin (called bio-waste) in animal proteins (insects) intended for fish food.

Thank you for your contribution, your interest in my passion and my commitment to the preservation of the environment and its biodiversity.

You will of course be informed of the follow-up of the mission by the regular publication of reports.