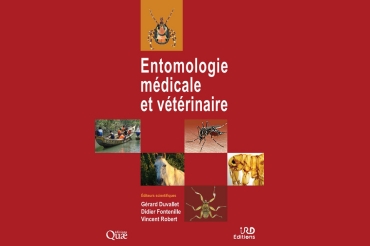 Professor emeritus at the Université Paul-Valéry Montpellier 3, researcher at the Centre d’Ecologie Fonctionnelle et Evolutive (CEFE). Specialist in biting flies (glossins, stomoxes) and transmitted parasites. He is co-editor of the treaty Medical and veterinary entomology

I spent 21 years of my life – from 1973 to 1994 – in West Africa, in Burkina Faso, studying tsetse fly (see photo below in the article) and trypanosomes that they can transmit (sleeping sickness in humans and nagana in animals). I was seconded from National Education successively to ORSTOM (which became the IRD, Research Institute for Development), then to the Ministry of Cooperation, then to CIRAD (Centre for International Cooperation in Agronomic Research for Development), before returning to my original body. Back in France, I started research on little studied biting flies (stomoxes and horseflies), research that we continue to conduct in France, Thailand and Africa.

I am currently involved in a project ANR (National Research Agency) entitled FlyScreen, which seeks to develop new tools for non-polluting control of these biting flies.

Finally, I was President of the French Society of Parasitology from 2003 to 2007, and I currently chair the Horticultural and Natural History Society of Hérault, as well as several scientific councils.

I have published more than a hundred scientific publications in international journals, and co-edited several books. 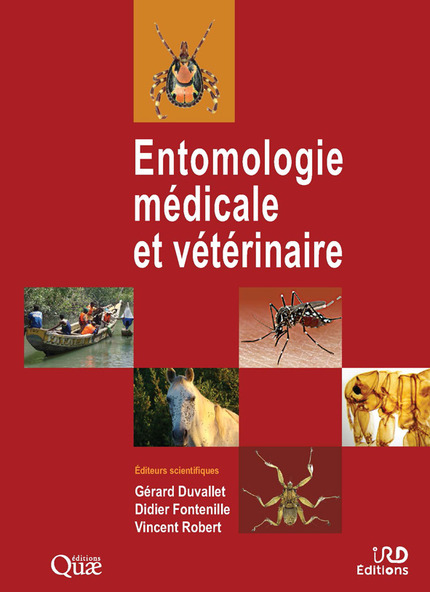 The last “Précis d’entomologie médicale et vétérinaire” by F. Rodhain and C. Perez (editions Maloine), in French, used by hundreds of students, dated from 1985. It is no longer available in bookshops and knowledge in this field has evolved a lot since that time. It had therefore become necessary to propose a new, updated work, which should serve as a reference as long as the previous one. This could only be achieved by bringing together the best specialists. This is why this new work is the work of a collective of 41 authors that I had the honour of co-editing with my colleagues Vincent Robert and Didier Fontenille.

This book is divided into three parts that consider successively : 1) the concepts of methods used in medical and veterinary entomology, 2) the history of medical entomology and issues of public health and environment, 3) arthropods of medical or veterinary importance.

Medical and veterinary entomology is understood in a broad sense, including not only insects, but also other arthropods that can pose problems in terms of human or animal health (ticks, other mites, crustaceans). And it is not only a question of treating infectious agents that can be transmitted by insects, but also all possible nuisances: poisonous arthropods, allergens, urticants, vesicants or simply harmful in the event of outbreaks.

The motivations were multiple. First, to update an old work, which has been used for the training of many French-speaking medical and veterinary entomologists. It is therefore necessary to have an up-to-date document of the latest knowledge thanks to the participation of the best specialists. Then relaunch academic training in medical and veterinary entomology, at a time when, due to global changes, insects and pathogens travel the world in a few hours thanks to modern means of transport.

L’Institut Pasteur de Paris maintains a course in Medical Entomology, and this year even made it a MOOC which has a huge worldwide success. The Université de Montpellier, in association with the IRD and the Université Alassane-Ouattara a Bouaké in Côte d’Ivoire, created about ten years ago an International Master of Medical and Veterinary Entomology which trains each year about ten medical entomologists from Africa, Europe, South America and the Indian Ocean.

, which will be distributed free of charge to these students thanks to sponsorship, will constitute strong support for these trainings. It will also allow former students to keep their knowledge up to date.

Note first that vectors are vectors of infectious agents and not of diseases. The disease is then a singular dialogue between the host and the inoculated infectious agent. The vector plays a role in the disease only by inoculating the infectious agent and also, sometimes, by promoting its implantation thanks to the properties of its injected saliva at the same time.

In the 20th century it was believed that these insect vectors or pests could be controlled with insecticides such as DDT. We saw that this was not the case. Simply because we are dealing here with evolving systems and organizations that have enormous adaptive capabilities. Insects quickly became resistant to insecticides. We may have invented new insecticides, but insects have adapted. And pathogens have also become resistant to the drugs used, just as bacteria have become resistant to antibiotics. It’s a permanent race. And a crazy race, because, for a long time, we did not measure the side effects of these treatments. Rachel Carson’s book “Silent Spring” was published in 1962 to alert the world to the harmful effects of insecticides on birds and biodiversity in general. We now know the strong link between biodiversity and health, and between biodiversity and the functioning of our ecosystems. It is necessary to rethink the control of these nuisances within a global ecological framework. And th work

It is clear that by talking only about harmful vectors or arthropods, one could transmit to the public a totally false image. The vast majority of insects play a very positive role. If we think of ecosystem services, we could cite a few examples:

– Insect pollinators : honeybees, wild bees, many diptera and other insects. Without them, we would not have many fruits or vegetables on our tables ;

– The coprophagous insects that incorporate animal excrement into the soil. These dung beetles play an important role in promoting soil fertility and cleaning grasslands.

– Les parasitoids and other predators that naturally control populations of other insects : dragonflies, syrphs, beetles, etc.

A particular field is that of maggot-therapy. There are many centres in Great Britain, practically none here. We know that some fly larvae, maggots, are indeed able to clean wounds and promote healing. These observations come from military doctors who worked in theatres of war, particularly in the trenches during the First World War. The use of these maggots can prevent amputations in cases of gangrene.

Another particular area is the use of insects in food. Many populations in Africa, Asia or South America incorporate insects into their diet. This is clearly an area for the future because of the many advantages of these contributions.

The number of insect species currently known is about 1.3 million. And entomologists estimate that there are about 8 million species. So we are far from having inventoried everything yet. And vectors and pests are only a tiny part of this enormous biodiversity. We must ensure that control methods against these vectors do not have an impact on biodiversity and we must support research in this area. 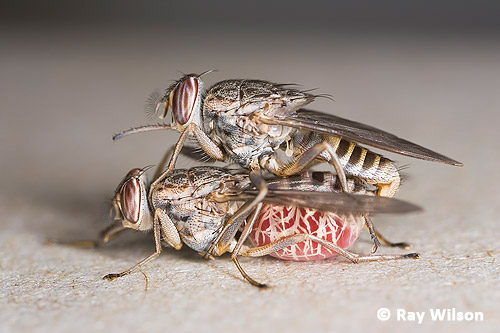 We took a long time, thinking that insecticides would solve all these problems. Fortunately, research has developed that analyses ecosystem functioning and measures impacts more clearly. They must allow a better understanding of what facilitates a good balance and limits pest outbreaks. Chemical ecology can also help understand what specifically attracts or repels these insect pests and arthropods. This should lead to new control methods. It is no longer a question of spraying insecticides into the environment, but of specifically attracting target arthropods into traps where they can be controlled without harming the rest of the environment. Here again, much research remains essential.

Past experience has taught entomologists not to talk about eradication but about control. The abundance level of some arthropod populations must be reduced below their nuisance level. If resources are given to both the North and the South to strengthen the training of medical and veterinary entomologists, and to support research in the fields mentioned (in particular in functional ecology, chemical ecology and ecophysiology) and multi-disciplinarity in these activities in the field, one can be optimistic. Vector-borne diseases such as lymphatic filariasis, such as the African human trypanosome (sleeping sickness), and others are decreasing according to WHO figures. Increases occur in the case of armed conflicts or civil wars when doctors and epidemiologists can no longer go to the field to detect and treat carriers of pathogens.

To get this book: