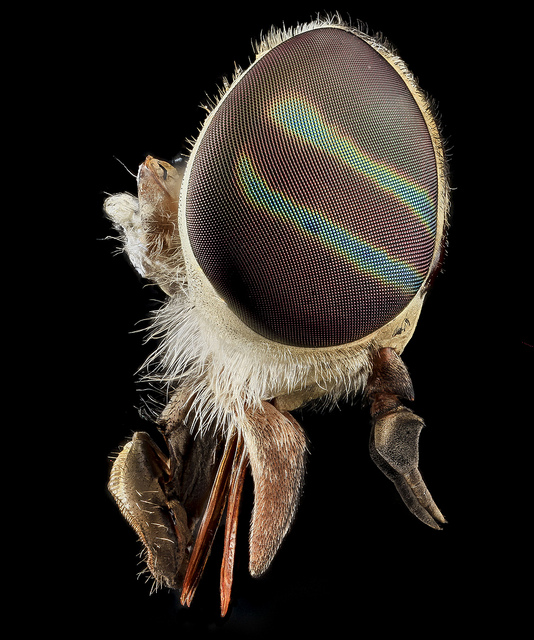 Insects, present on earth for at least 479 million years (read this article), have been able to conquer all types of environment and environment thanks to their ability to exploit all the food resources of these environments. Natural selection has favoured, during evolution, the adaptation of specialized mouth parts to the species’ diet, or even to a specific period of the insect’s development cycle (example: caterpillar/butterfly).

We have all observed feeding insects, butterflies, flies, beetles… etc., you have probably noticed the great diversity of feeding methods and types of mouth parts. Some grind their food like caterpillars (Lepidoptera), Beetles and Hymenoptera (wasps, ants), others suck like mosquitoes (Diptera) and bugs (Hemiptera), others lick like flies (Diptera) and others do not feed as adults (imago) and have atrophied mouth parts (Lepidoptera, Coleoptera, Plécoptera)….). These types have been classified into 3 main categories:<

Insects can also be classified as <!more–>two groups, those whose mouth parts are housed in the head and are not visible on the outside Endognathes ; and those whose mouth parts are external and visible Ectognathes. Endognaths are insects considered as “primitive” (Collembola, Proturae and Diplurae) and Ectognaths include most of the insects encountered Lepidoptera, Coleoptera, Odonata, Orthoptera….

The buccal apparatus of insects is composed of a set of articulated elements, grouped into 3 pairs of cephalic appendages that are used to take food and ingest it (See illustration opposite)

Maxillae and labium end in a pair of palpes (appendages made of articulated elements), where sensory hairs are present, thus playing the role of sensory organs of touch, taste and smell ( see illustrations below).

There are also two elements at the front of the mouthpieces that play the role of anterior lips: the Labre and the Clypeus <Hypopharynx which plays the role of tongue and oral floor ( see illustrations below).

There is as much adaptation and modification of the mouth parts and apparatus as there are diets, families and species of insects. This diversity ranges from robust mandibles capable of cutting wood (Beetles), to a kind of trunk (Proboscis) licking liquids (Diptera), to a wound trunk sucking nectar from flowers (Lepidoptera) or to a “syringe” as in mosquitoes (Diptera) and bugs (Hemiptera) ( see illustration at the end of page).

Modifications of the different elements of the insect’s oral system and morphological adaptation to a diet: