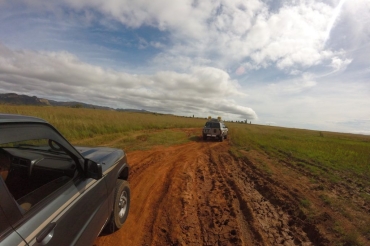 My April 2016 exploration mission in the Makay massif ( to be discovered ici), led by Naturevolution and ProjetsPlusActions, had for objective to collect insects in order to inventory the entomo-fauna of this region whose knowledge still remains incomplete (My testimony on the site of Naturevolution : ici).

In a first report published in May (à lire here) presenting the course and feelings of this trip to the end of the world, I explained the important work of determining the specimens to be undertaken with world specialists of the various families, a project requiring several months. The purpose of this new report is to give a progress report on this work.

During the summer, specimens were classified by families and subfamilies (where possible), and entomologists interested and available to conduct the contacted determinations.

Here is a non-exhaustive inventory of the main families collected and identified to date, out of a total of 146 samples (several individuals of the same species have sometimes been packed together in the same tube).

Samples were recently sent to the following specialists:

Formicidae are first studied by myself and then, if data are interesting, confirmed by Brian Fisher, Californian ant specialist.

Many other specimens are not yet in the determination phase: their study will be done in the coming months. Indeed, due to the poor knowledge of the Malagasy entomo-fauna, the absence of classification for many families and a lack of specialists, the determination of many specimens remains impossible.

While waiting for a return of the specimens and the first results, here is a photo album of the Makay 2016 mission…

Recommendation of work and DVD on this theme