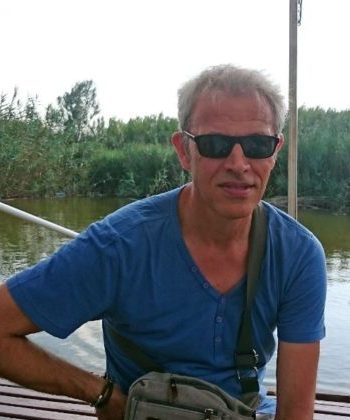 Follow-up carried out over the last twenty years during the nocturnal hunts led us to note that the number of species observed, stable up to the near past, however, was undergoing an increasingly marked decrease in the number of specimens encountered at the end of the Time. This feeling, difficult to quantify at our level, was recently confirmed and quantified by an international study published in October 2017 in the journal Plos One (link). A feeling is not necessarily the truth, but many of us had these kinds of remarks when we talked about the fall of the number of people attracted by the light and put on the sheet. It may not have been the right evening, and from time to time there were still outings where the quantity was at the rendezvous.

Time has passed and the bad evenings have become the norm, the average evenings exceptional and there have been no more good evenings. Whether it is in areas of crops where the disaster is even more glaring or in protected areas, where the number of species alleviates the fall of the populations, this finding is necessary everywhere.

What is impressive is that the international study published in Plos One shows a decline in flying insects of 76% on average (and up to 82% in midsummer) and this in German protected areas in twenty-seven years of surveys. We can imagine what is in the unprotected areas. The beginning of the fall of the populations began from the years 1970 with the large rememberments, the intensification of agricultural practices and the logging.

The real collapse corresponds to the arrival of neonicotinoids in the pesticide market. It seems that this is the main factor, which must always be added to the growing urbanization, forest management, global warming and pollution of urban and industrial origin. The pressure is huge on the insects. As I mentioned above, a fall in populations has been observed for thirty years but, until then, the number of species observed remained stable. This observation suggested that if the negative pressure on the butterflies fell, the populations would reconstitute. Unfortunately, this pressure has not been reduced and for the past two years we have witnessed a fall in the number of species observed on our study sites, which is even more serious and the obvious consequence of years of declining populations. The future of insects in our region seems bleak and only national and international decisions can make a difference. Local actions are no longer enough.

A statement by Ban Ki-Moon, secretary general of the UN in 201.1 seems very adapted:

For most of the last century, economic growth was based on what appeared to be a certainty: the abundance of natural resources. We have exhausted our mining resources on our way to growth. We have burned our oil and forests on our way to prosperity. We believed in consumption without consequence. Those days are gone. In the long run this model is a recipe for disaster – a global suicide pact. ».

Awareness has reached the highest peaks of the states, so what do we expect to react?

My career path is not related to entomology. After studying biology and computer science, I found work in this field and I still do my professional life. In 2000, these were the great beginnings of the democratization of the Internet. As a computer scientist, I am at the front row and the idea of highlighting the Levesque collection through the creation of a site appeared to me very early.

Followed the opening of the site “butterflies of Poitou-Charentes” http://www.papillon-poitou-charentes.org/. A section on Guyana is created to make it easier to exchange with entomologists. The purpose of the site is of course to highlight the collection of Robert Levesque but above all to lay the foundations of a permanent inventory of the Poitou-Charentes region, to gather information about this region, to allow better monitoring and Create vocations. Before I met Robert in 1996, I was able to measure the difficulty of finding information and documentation. The only existing references being overpriced. Launched in 2000, the site is experiencing a great success that pushes me (a little in spite of me, the goal being really to treat only the Poitou-Charentes) to put on line the comments received from other departments or even other countries, the Internet users contacting me being So enthusiastic to see their data valued.

The environmental observatory in Poitou-Charentes (ORE) contacts me and proposes to me to host the site and to be part of a network of naturalistic websites. This work will be done by Mr. Romain David today oceanographer in Marseille. ORE still hosts my site in the structure of new Aquitaine.

In 2009, under the impetus of Christian Lemoine, Vincent abouy (link article) and Norbert Thibaudeau, my colleagues of the OPIE Poitou-Charentes (Office for insects and their environment), we decide to update the catalogue Gélin and Lucas dating from 1932 for the part dealing with Deux-Sèvres. To do this, we list the animals in our respective collections, in the catalogue Gélin and Lucas and its additions, in the additions of Robert Levesque, in other special collections and those received via the website “Butterflies du Poitou-Charentes “.

Since 2013 Christian, Norbert and I publish each year in the magazine OREINA supplements containing the novelties found for our department, mostly made on families of micro-Lepidoptera, little butterflies until then little Studied for lack of knowledge and documentation. These discoveries are the result of our collaboration with Mr. Alain Cama without whom we could not progress. It should be noted that we discovered in Deux-Sèvres a new species for France: Biselachista Scirpi (Stainton, 1887) (Elachistidae), a species found in the Marais Poitevin in Anagrams (79). This study on micro-Lepidoptera reveals the presence of several species that were mentioned only in Mediterranean regions: perhaps we can see the effects of global warming?

In 2013, the new catalogue of the Lepidoptera of Deux-Sèvres completed, a member of the OPIE Poitou-Charentes, Jean-Pierre Montenot, also member of the LPO (League of Protection of Birds), tells us that he has set up a network of observers entomologists On the Charente-Maritime within this association. I agree to help them on the identifications and, in exchange, the data are seized on the site of the moths of Poitou-Charentes. As the data received becomes more and more numerous, I propose to carry out a work identical to that done for Deux-Sèvres and to carry out a “new catalogue of the Lepidoptera of Charente-Maritime”.

The principle is the same as for the Deux-Sèvres but the known collections do not cover as well the 120 years concerned. This will be compensated by the provision of “IKEA” type light traps to the LPO entomologists team. The distribution of the material will be supervised by Jean-Pierre, the material is fully financed by the OPIE Poitou-Charentes. This equipment is made up of an “IKEA” laundry tub in which slots have been arranged to allow butterflies to enter and a 15-watt UV tube with its ballast. The light traps are distributed throughout the department of Charente-Maritime, fourteen people are equipped and will make surveys for four years.

At the time of these four years, 40 000 data were collected.  A partnership with the Natural History Museum of La Rochelle via its director Mrs. Elise Patoe-Edoumba is realized and the latter is committed to helping the Opie Poitou-Charentes to finance the edition of the catalogue and opens the doors of the museum to the Opie in order to To identify the collection of Robert Levesque (his French collection was given to the museum). In addition to the data from the light traps, the Yves Marsh Nature Reserve (17) asks the OPIE for an inventory of the night butterflies in the reserve. This study started in 2013 will also enrich the new catalogue of Charente-Maritime. The latter, in the course of completion should be published before the end of the year 2018.  The study of moths (moths) of the marsh of Yves continues since 2013.

Concerning the Marais of Yves (17), the first results were published in the Annals of the Natural History Museum of La Rochelle in 2017. This work mentions in particular the discovery of two new species for France (these discoveries were the subject of two articles in the journal OREINA). It is a Tineidae species, Crassicornella agenjoi, (Petersen, G. 1988), and a Gelechiidae species, Psamathocrita argentella, Pierce & Metcalfe, 1942. These two discoveries could not have been realized without the help of Alain Cama and Jacques Nel.

And after 2018, what are the projects of the OPIE Poitou-Charentes? An update of the Deux-Sèvres catalogue should begin. It will take into account the additions we have published since 2013, the surveys of the hunts carried out over the last five years and the specimen survey by specimen of the collection of Robert Levesque, which had never been carried out. The catalogue update will only be published as a free download. We have also been asked to update the Charente catalogue, and we are thinking about it. Finally, I would mention the current study carried out by Vincent Albouy on the demography of wild bees. The results are published regularly in the review of the national OPIE insects. Unfortunately the first articles corroborate what is found concerning the butterflies, namely a regression.

In the same topic, you can discover the interviews of: