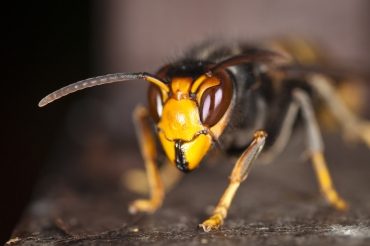 Introduction of the Asian hornet in France

Vespa velutina, an invasive hornet from southeast Asia, is widespread from Nepal and northern India to eastern China, the Indochinese peninsula and Indonesia. In the 2000s, it was reported in Korea where its expansion is probably limited by competition from the other six hornets species present locally.

He arrived in France before 2005, the year the first individuals were discovered in Lot-et-Garonne. The current hypothesis of this arrival would involve the importation of Chinese pottery from Yixing, city of the province of Jiangsu. It is likely that this Hornet was accidentally introduced into the Chinese pottery boxes that one producer regularly imported. Indeed, since the transport of goods by boat only lasts one month, the transport of foundresses inside the boxes could have been done without compromising their survival, if they had been shipped during the winter.

Since its discovery in France, the expansion of the Asian hornet has been mapped using records recorded in the National Inventory of Natural Heritage (INPN) database. Less than two years after its discovery, in 2006, it was already present in 13 departments in southwest France. Currently, the invaded area covers about 70% of French territory and the progression of the invasive front is about 100km per year.

The yellow-legged hornet (Vespa velutina nigrithorax) is a social insect native to the Shanghai region in Asia. Its “face” is orange and its legs are yellow at the ends. Its thorax is entirely brown-black; the abdominal segments are brown and are bordered by a thin yellow band. The fourth segment of the abdomen is entirely orange-yellow. It measures between 17 and 30 mm (all castes combined). It is smaller than the European Hornet Vespa crabro, which has a “face”, a fawn, yellow and black body and a yellow and black striped abdomen and measures up to 40 mm (see photo opposite and illustration below).

The Asian hornet lives in colonies in “papier mâché” nests whose construction begins in spring. Throughout the season, from April to December, the workers take fragments of wood and mix them with saliva. They then deposit this mixture in the form of tabs on the nest under construction. Each nest consists of an outer envelope and parallel horizontal patties, connected together by pillars. Each wafer bears on its underside the cells, where the larvae are developing, open downwards.

Nesting sites can be found in various places, such as bushes, huts or open buildings, hollow façades, but also in trees at all heights, and even up to 20 m high.

In France, the life span of a colony is generally between 6 and 8 months. A colony is founded by a single queen. This was fertilised in the previous autumn and spent the winter in a diapause phase protected from the cold, for example under a roof or in dead wood stumps. In spring, this female, future queen of the colony (known as the “foundress”) begins a nest, lays a few eggs and feeds the first larvae that will become the first workers of the colony. This develops rapidly with the establishment of a division of tasks between the queen, who deals exclusively with laying, and the workers, who take care of all the other tasks (predation, nest construction, nest defence and larval maintenance).

The colony is mainly composed of females at this time. In summer, with the increase in temperatures and the enrichment of available resources, its activity increases and the size of the nest increases. Towards the end of the season, in early fall, the queen lays eggs to become breeding individuals. Breeding females, called gynes, mate with several males, which are known to be stingless, and then disperse into the environment. They will go into diapause until spring. A rapid decline of the colony began with the death of the queen around November. Only part of the gynes will overwinter (see life cycle above)

V. velutina, like other Vespinae, is an opportunistic predator and/or scavenger that feeds on a wide variety of insects and spiders, as well as meat from vertebrate carcasses.

Workers collect carbohydrates from plants (nectar from flowers, fruit or tree sap) to feed themselves or feed the first larval stages within the colony. Similarly, they can stimulate larvae in the nest, which in turn produce a nutrient-rich droplet that workers lick. They also collect meatballs for consumption by developing larvae. Analysis of these pellets shows that the prey spectrum captured by V. velutina is diversified. It includes a great diversity of insects, with a clear preference for social hymenoptera (honey bees : 37%, common wasps : 18%) and diptera (flies) (34%) essentially floral (Syrphidae) and necrophagous (Calliphoridae, Nutmeg) (see infography below).

In addition, the hornet’s prey spectrum varies according to the nest environment: urbanized, agricultural or forest. In urbanized areas where the diversity of available prey is lower, Hornet predation on honeybees appears to be higher: they represent more than 70% of prey.

Impact of the introduction of Vespa velutina nigrithorax

The yellow-legged hornet quickly became known for its imposing nests up to 1 m high and 70 cm wide, as well as for its predisposition to hunt many insects and especially bees in front of hives. Because of its predation activity and the size of its nests, at least three times more populous than those of the European hornet Vespa crabro, V. velutina exerts much greater pressure than the European hornet.

It poses a serious ecological problem. Since it attacks a variety of prey, it could reduce the level of these insect populations and have an impact on many food chains.

In France, it quickly acquired the status of major predator of bees in the beekeeping environment. The impact of the hornet on bee populations represents a cost to beekeeping, probably in terms of reduced honey production and colony loss, and could also have consequences on the pollination services that bees provide, not to mention its impact on pollinators.

Hornet is also an indirect threat to biodiversity due to the negative impact of uncontrolled non-selective trapping campaigns and the way nests are destroyed. Food bait traps kill many non-target insects, including wasps, European hornet, flies and many butterflies, while insecticide-treated nests left in place threaten nearby entomofauna and avifauna.

It also represents a potential risk for humans. Indeed, the hornet behaves aggressively within a radius of about ten metres around its nest. Moreover, it nests anywhere unlike Vespa crabro (both at the top of trees and under roofs or in bushes). Although no significant increase in cases of hymenoptera bites has been recorded in infested departments, the extension of its distribution throughout France and neighbouring countries could constitute a health problem.

Fight against the Asian Hornet

Many control methods can be considered

Colony destruction seems to be the most effective method. However, sufficiently early detection of Vespa velutina nests is extremely complex. Indeed, many nests, located at the foliage of trees, are detected only in the fall after the leaves fall. Trapping is therefore widely recommended.

The traps classically half in place currently have in common the use of food, sweet or protein baits. They generally consist of a mixture of beer, white wine, red fruit syrup, sugars and/or honey. The problem is that this kind of sweet bait is not specific and attracts all kinds of different insects. Indeed, in these traps, where insects drown in the bait, one finds mainly flies, butterflies, wasps, bees, European hornets and some Asian hornets. These traps are relatively ineffective. This solution is not adapted in the long term to combat the invasion of Vespa velutina and is not without consequences on biodiversity. It is therefore essential to find an alternative to food baits. One of the main problems with trapping campaigns is that there are currently no totally selective traps.

The study of volatile compounds could provide a solution to this question. Indeed, volatiles emitted by different sources (prey, congeners, plants, etc.) could attract the hornet and therefore be used to design effective bait.

The study of the chemical ecology of insects is conducted with the aim of understanding their chemical communication systems and developing methods and techniques to control “harmful” species. Such use of chemicals (pheromones and/or others) has shown promise in detecting, monitoring and managing insects. The establishment of a researcher – company partnership is essential in this context for the study and marketing of a control product.

In the framework of a project financed by the Centre Val de Loire region (project ” FRELON 2“, 2015-2018), and in collaboration with the company Véto-pharma, our team (Institute of Research on Insect Biology – IRBI, University of Tours – CNRS) analyses and identifies volatile chemical compounds emitted by hornets by chromatographic techniques (GC-FID and GC-MS/MS). These compounds are then tested to analyze their effects on insects (attractiveness or repulsivity) through behavioural tests in suitable devices (Y-tube and flight tunnel). In the Y-tube, it is possible to highlight an insect’s attraction or repulsion to a large number of products. In the flight tunnel, it is possible to observe the behavioural sequence of the hornets in front of the molecules tested and thus to analyse the function of each molecule in the species’ communication system (aggregation pheromone, alarm pheromone, sex pheromone, etc.).

This study should make it possible to develop an effective trap against the Asian hornet, thanks to the use of an attractive bait based on various volatile (read the OPIE and FNE note on the harmful practices of early trapping – footnote). These experiments are conducted in the laboratory and in the field under real trapping conditions. The device under development could be used to protect various places, such as apiaries and sites frequented by the public, but also, and especially, to fight in a broad way against this invasive species. 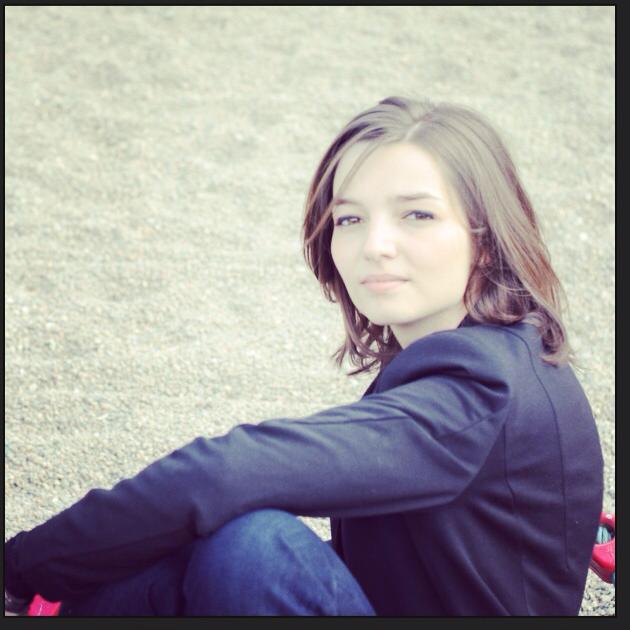 Marie-Anne Wycke is a PhD student at the Institute for Research on Insect Biology (IRBI) at the University of Tours and has been working on the Asian Hornet since November 2015. Following a double Bachelor’s degree (Biology and Psychology) and a Master’s in Ethology Research – Paris 13 Villetaneuse – Marie-Anne worked for one year at INRA then another year at the University Pierre & Marie Curie on entomological themes (bees and moths).

Passion-Entomologie would like to thank Marie-Anne, Eric Darrouzet (MC- IRBI) and Jérémy Gévar (IE – IRBI), who have agreed to write this article with passion and professionalism.

Works on this theme