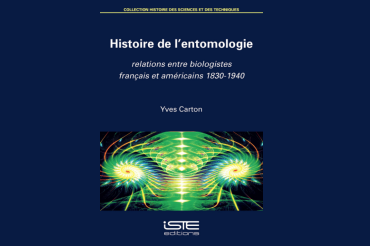 Director of Research emeritus at CNRS, Yves Carton worked as a geneticist at the Evolution, Genomes, Behavior, Ecology Laboratory of CNRS and the University of Paris-Saclay (EGCE). For several years, he has devoted himself to the history of science, particularly in the field of entomology and Darwinism.

His work : “History of entomology – Relations between French and American biologists – 1830-1940

” was published in 2016 by Editions ISTE, and will receive the prize of the Duc de Villars of the Académie des Sciences, Lettres et Arts de Marseille.

Passion-Entomologie would like to thank M. Carton for having accepted to answer these few questions. 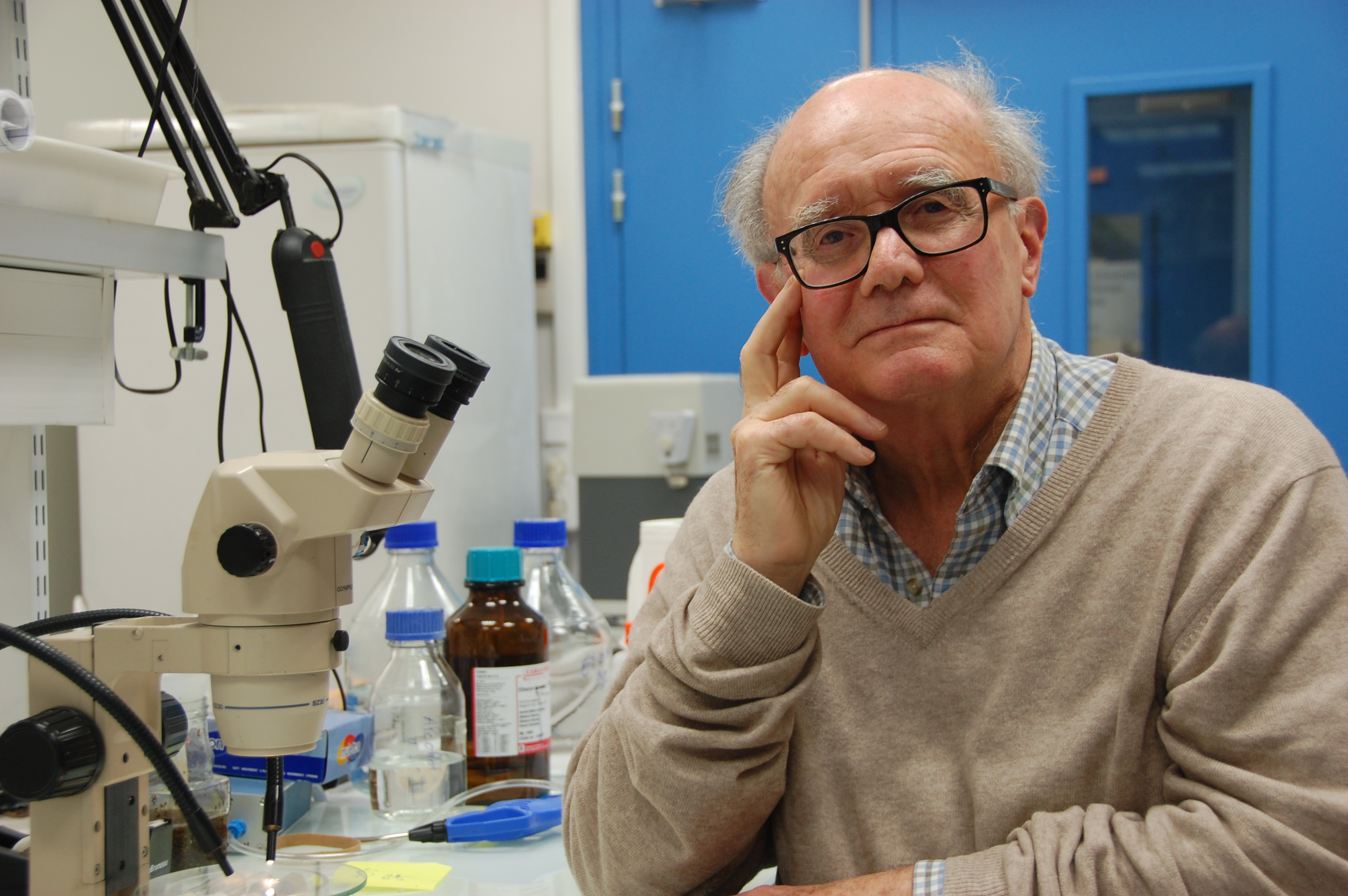 I was very early, during my thesis, interested in the study of defense processes in invertebrates. At the time, (1963-1968), the immunity of vertebrates, with the presence of antibodies whose structure had recently been decrypted, reigned supreme. To want to deal with invertebrates, whose defences at the time did not meet any criteria required in immunology (lymphocyte type cells, immune memory, presence of immunoglobulins) was suicidal. It was essential, to be credible, to rely on an immunology diploma, which I acquired at the Institut Pasteur.

However, given the technical development at the time, it was difficult to analyze the response of an invertebrate, often of small size, to parasitic aggression: only the technique of grafts in invertebrates had a right of citizenship for immunologists.

A ten-year desert crossing was thus imposed, where it was necessary to look for the most appropriate experimental models of insects, while waiting for the advent of biochemistry and molecular generic techniques, adapted to the smallness of the selected organisms. 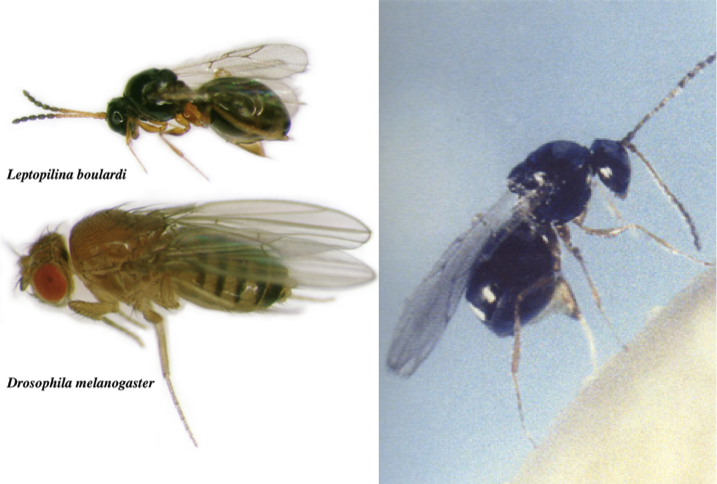 It’s from the 1980s, after having prospected a lot the potential models of parasitic insects for the study of their immunity (numerous field surveys, in general in tropical environment, made me discover many species parasitoides of Cynipidae hymenoptera) that I have discovered and described a parasitic species of Drosophila melanogaster, Leptopilina boulardi, specific to its host, and presenting various populations, in particular from the point of view of their virulence level. It then became obvious to take full advantage of the genetic tool that provided D. melanogaster.

A model was born, with a resistant or sensitive host and a virulent or avirulent parasite. Currently, this species of parasitic hymenoptera, whose genome is sequenced, remains a study model for many teams, French or foreign.

I was thus able, with such a model, to look for the exact genetic determinism of this resistance in the host and virulence in the parasite. The major discovery was to show that these two traits had a monogenic determinism (i.e. a single gene involved in each of these processes). At the time, in 1984, I had the chance to meet an American researcher, Professor Anthony J. Nappi, from Loyola University (Chicago), who worked exactly on this model, but with microbio-chemistry tools. A collaboration was born, which has continued for more than twenty years.

In 1998, a collaboration with a molecular biologist, Professor Marylène Poirié (University of Nice-Sophia-Antipolis), allowed us to access the nature of the resistance gene and its chromosomal location.

It is undeniably their diversity, as much at the level of species as at infra-specific level, with genetically differentiated populations, thus touching with the finger their adaptation to their environment, or, for parasitoid species, their varied mechanisms of adaptation to the host insect.

I have had the opportunity to work in the United States and to participate in many congresses, and to establish a solid relationship, both scientifically and humanly, with my colleague Anthony J. Nappi. At the end of my career, I wanted to know what the relations between French and American entomologists had been throughout history. Thus germinated the idea of th work

, to trace the mutual contribution of the two communities, on both sides of the Atlantic. 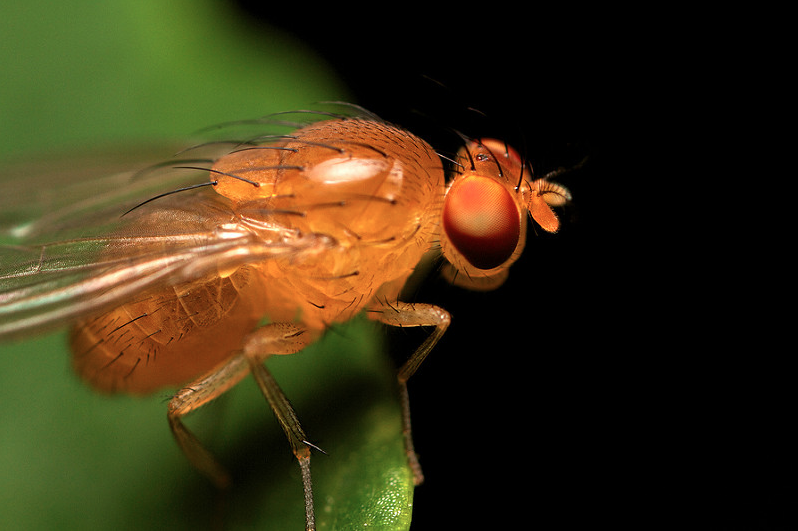 I’m a little bit wrong about this assertion. Of course, we must agree on the term entomologist, which you rightly define, and which I agree with, as someone who is interested in the study of insects. In this case, the work carried out in France has never been so numerous in the various fields of biodiversity, ecology, genetics and insect behaviour. Teachings exist in France, as well as diversified research, where the insect is chosen for the study of the various aspects of its biology.

This will not be strictly speaking an “entomological” anecdote, but a human encounter. In 1970, at the end of my thesis, I met an American in Washington who offered me to work with him. Not feeling scientifically armed enough, I declined his offer. Fifteen years later, I met him at a meeting in Montpellier where we decided to pool our research: this colleague was called Anthony J. Nappi, and this friendship continued for more than thirty years…

To get this book: